Saliva & Dentistry
Saliva is very important in dentistry because it is a major secretion in the mouth and may affect various procedures or work that is perfomed on the patient. The formation of saliva is especially important in patients suffering from abnormalities with salivary output.

For example, decreased salivation may result in a deterioriation of oral health such as oral pain, increased susceptibility to dental caries and infections by opportunistic microorganisms.

In addition saliva plays a critical part in treatment planning and the effects it has on the denture making process. The viscosity and flow rate of saliva are very important to denture success rates.

Therefore an understanding of saliva and its role in oral health and dentistry is required to identify, prevent and/or treat the patient to achieve the most optimal result. (Edgar, 2004)

Where is it produced?

(Reference from 1,2,5,8 & 10: Clinical Anatomy, Fundamentals of Anatomy and Physiology, Head and Neuroanatomy, Salivary Glands and Saliva, Secretions in the GI Tract) 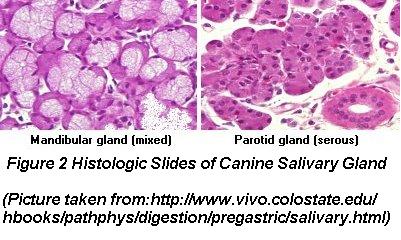 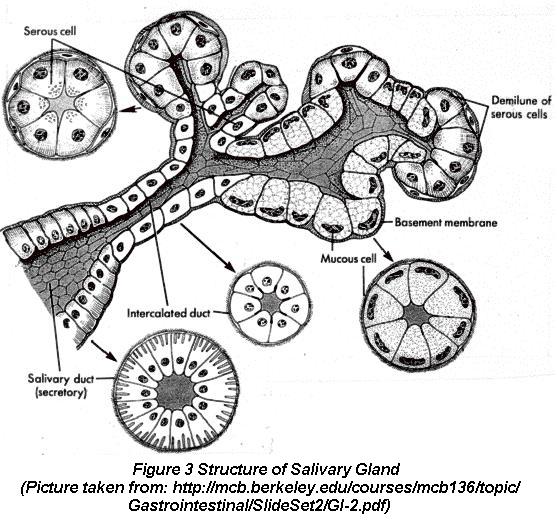 (Reference from 2,4 & 9: Fundaments of Anatomy and Physiology, Saliva and Oral Health, Secretions in the GI Tract)

Correlating the anatomy and structure of salivary glands

How is it produced? 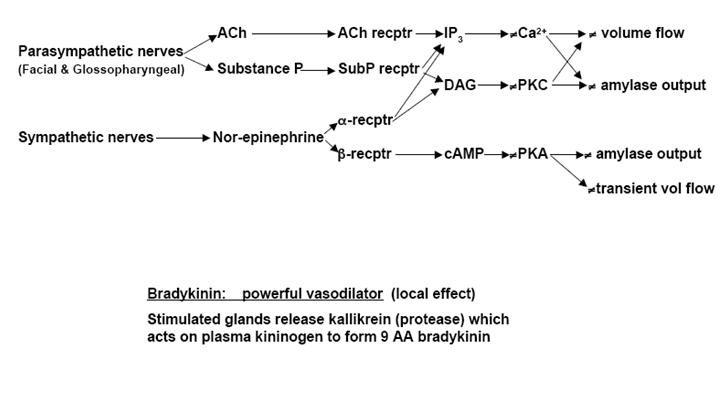 Figure 4 Flowchart on the Innervation of Saliva through the Autonomic Nervous System
(Picture taken from:http://mcb.berkeley.edu/courses/mcb136/topic/Gastrointestinal/SlideSet2/GI-2.pdf )
(Reference from 10: Dental Caries)

Mechanism of the Production of Saliva 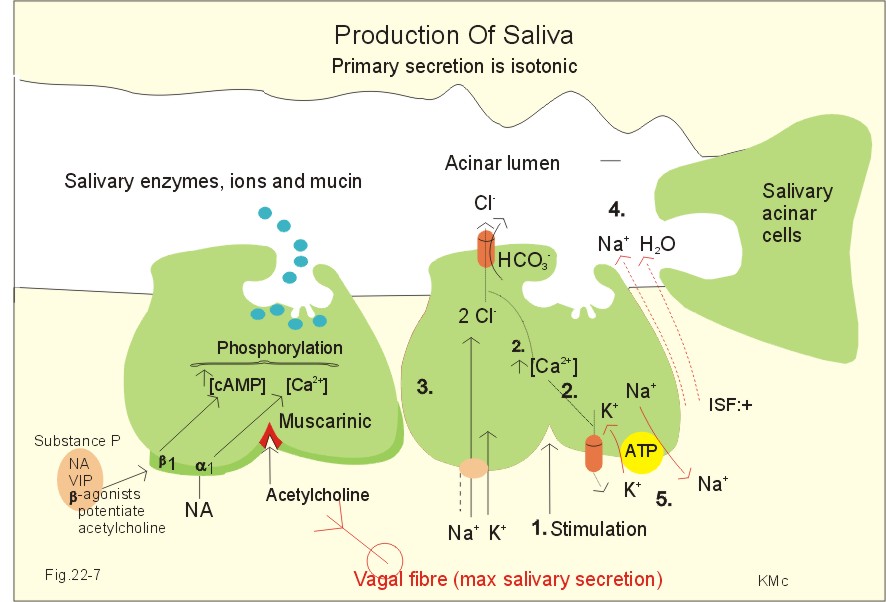